If, the development of industry in Konya is taken into consideration, it is possible to find traces of the pre-republic era. Because, the determinating factor for economical structure of the province is agriculture, the agriculture oriented industries have been a starting point for developing industrial structure. Hence, it is known that there used to be 22 active mills in Konya before republic era and there were 8 active factories in 1923. According to the census in 1927, the sector with the highest number of enterprises in Konya is the agriculture based manufacturing industry.

As Konya is an important agricultural center of the country, the agriculture based industry has been a priority for mechanization efforts of the industry. Directing the income acquired from agricultural activities of Konya towards industry, efforts for turning the regional agricultural products into use and trying to meet the tool and machine requirements of the agriculture sector of the city internally have caused the development of agricultural machinery, milling machinery, food and other industrial sectors.

It is seen that the number of facilities of Konya industry has increased from 17 to 91 between 1950-1960. Due to the intensive demand for agricultural machinery, the production of agricultural machines has been started in Konya for the first time in Türkiye beginning from 1960s in order to meet that demand by domestic production.

The place of machinery and equipment required by the agriculture sector and agriculture-based manufacturing industry of the region is significant in implementing machine industry of Konya. The "production of milling machines" under the title of "food, beverage and tobacco processing machines manufacturing" intended for producing flour and semolina is the most typical example of the region in that respect. The roller manufacturer firms have developed their technologies and time and come to a point where they sell their products to four corners of the world. Similarly, the machines used in manufacturing process of the machines manufactured in the region have begun to be manufactured in the region. "Production of metal processing machines" and "other workbenches" are good examples in that respect. 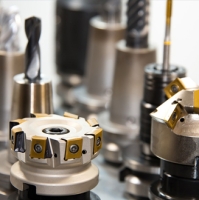 All kinds of information and documents published on this site have been provided by Mevlana Development Agency. All rights reserved. © 2023 Web Design